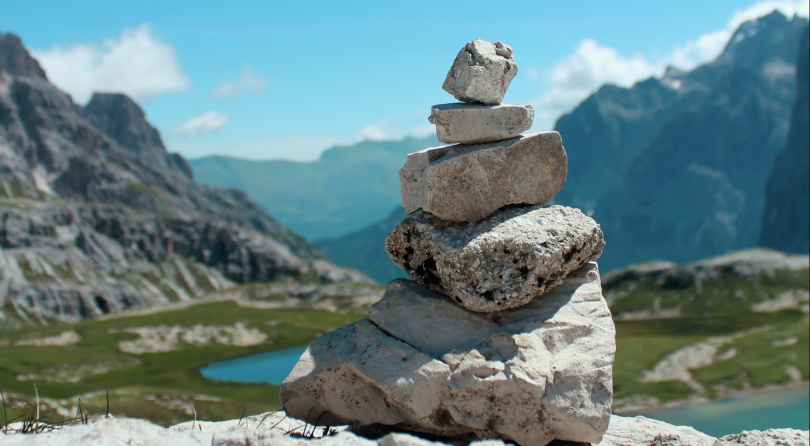 We show that the Kelly framework is the natural multi-period extension of the one-period mean-variance model of Markowitz. Any allocation on the instantaneous Kelly efficient frontier can be reached by trading in the bank account and a particular mutual fund consisting of risky assets only. However, different to the mean-variance model there is an upper bound on the instantaneous Kelly efficient frontier. Any allocation surpassing this bound, called the optimal Kelly strategy, is known to be inefficient. We use the optimal Kelly strategy to deduce an expression for the instantaneous covariance matrix that results in market equilibrium. We show that this equilibrium is stable in the sense that any optimal Kelly trader, and most Kelly traders, will force the market covariance matrix towards equilibrium. We further investigate the role of a central bank setting the short-term interest rate. We show that an equilibrium rate exists but we argue that there is no market mechanism that will force the interest rate to this level. This motivates the short-term interest rate to be actively managed by the central bank.